The mighty name of God 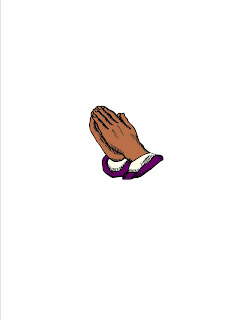 Malachi’s prophecy of the time when all people from every nation shall sincerely call on and worship the name of the Lord and given today’s current crisis one may be inclined to believe that those days are fast approaching. When we look at current events that is happening in our world today when man is attempting to remove the phrase “In God we trust” from our currency and remove the Ten Commandments from court houses as this is the work of Satan and his tactics of turning man away from God. Our scripture verse tell us that the name of God will be known around the world as Satan has no win and as prophecy continues to be fulfilled, we will witness churches truly preaching Christ, missionaries going into the far reaches of the world witnessing Christ with boldness given by the Holy Spirit and the whole world will know and acknowledge the name of God. Also, as our scripture verse states regardless of what continent the sun rises or set God’s name will be preached, worshipped, and praised for He is worthy as there is no other name like the name of God (Isaiah 45:22).
In closing, our scripture verse is saying in retrospect that some day “every knee shall bow and every tongue shall confess the name of the Lord,” meaning all will know God.

The Peac of God

How does the Bible define peace? First, the Hebrew word for peace is shalom which mean something far more than the absence of conflict whether it is wars, conflicts or upheaval in the home. Shalom/peace address the presence of wholeness, harmony, soundness and well-being in every aspect of one’s life. Second, the King James Study Bible commentary section defines peace in the following manner:
Peace can refer to tranquility in international relationships, as seen between nations that are at war (1 Samuel 7:14).
Peace refers to a settled feeling within a nation during a time of prosperity (2 Samuel 3:21-23; 1 Chronicles 22:9).
Peace can be experienced as wholeness and harmony in human relationships both inside and outside the home (Proverbs 17:1; 1 Corinthians 7:15).
Peace also can be one’s personal sense of wholeness and well-being, free from anxiety and fear, or being at peace within one’s soul and with God (Psalms 4:8; 119:165).

In Genesis 1-2 we see shalom being describes as the perfect harmony and wholeness that existed in God’s created world. With that being said, a question come to mind, what or who disturbed the perfect harmony that existed after creation? The answer is found in Adam and Eve when they disobeyed God’s command by eating from the forbidden tree (Genesis 3:1-7) as they listened to the serpent as oppose to God. Their act of disobedience introduced sin into the world and disrupted the perfect harmony that existed from creation. We see then that the harmonious relationship between God and man was broken so was the relationship between man and wife (Genesis 3:16). Social conflicts that plague our homes and communities were ushered in with Adam and Eve’s disobedience. Also, sin disrupted the harmony that existed between man and nature. So then, if the question were raised, will peace be restored and if so when? The answer is yes and this will occur when Satan and his power is completely destroyed, which will be fulfilled with the second coming of Christ. Micah 5:5 prophesied of Jesus’ birth as the ruler in Bethlehem by stating “this man shall be the peace.” Also, Ezekiel 34:25; 37:26 prophesied of the new covenant that God would establish through Jesus would be one of peace, and this would be accomplished through the redemptive work of Christ. Therefore, we who believe and have accepted Christ as our personal Saviour have the peace of God that rules our heats as we seek and pursue peace as well as live peacefully with one another.
Therefore, let the peace of God reign in your daily lives as only God can give true peace.

Posted by The Author at 7:33 AM No comments:

What does "it is finished" and "He is risen" mean to you?

In answering today’s topical discussion question, the phrase “it is finished” tells all believers that Jesus’ work in providing salvation to all is now complete as this was a triumphal shout of victory and not a cry of despair. On Psalm Sunday Jesus road into Jerusalem in triumphal victory; He is now telling the world “it is finished” “victory is won in spite of me hanging here on the cross in severe pain.” It further means that Jesus had completed His earthly mission that was given to Him by God, the Father. It means that Old Testament prophecy had been fulfilled as He was the promised Messiah who would suffer many things for mankind. It mean that He had completed His works of redeeming man as He was the perfect sacrificial Lamb of God who gave His blood as an atonement for sin. In addition, it means that Jesus had now won a decisive victory over Satan and his demonic angels. It means that man is now reconciled back to God and humanity’s broken fellowship is now restored. One final thought on what the phrase “it is finished” mean is that there is nothing to be or can be added to Jesus’ work on the cross in that salvation is now open to all who believe in and accept Jesus and His completed works at Calvary.

Thank You Jesus for Your completed mission of providing salvation to all and proving once again who You are. Your victory gives me victory and a permanent home in heaven.
Posted by The Author at 4:23 PM No comments:

The month of April is widely associated with Psalm Sunday, Passion Week, Good Friday and Easter or Resurrection Sunday as they relate to Jesus Christ.

While reflecting on each event, let’s ask ourselves what does each event mean to me? Are we reflecting with heart felt compassion and adoration for what Christ did for all humanity? As we celebrate Psalm Sunday is it with the full understanding that Jesus entry into Jerusalem was triumphal because He was the prophesied King bringing salvation to all and same crowd that praised Him on Sunday morning saying “Hosanna in the highest” would cry “crucify Him” on Friday. The questions now become, if we were there, how would our conduct be during each event? Would we recognize Him as King? Would we have the faith to believe that prophecy must be fulfilled as these events occurred? Finally, what position would we have taken during Jesus’ trial and crucifixion? Each of us as believers must answer the above questions in our own hearts by saying “to thine own heart be true.”

This brings us to Passion Week also known as Holy Week which is the time between Psalm Sunday through Resurrection/Easter Sunday. The question is why is this week referred to as Passion Week? Because it showed Jesus’ true passion for humanity as He willingly suffered the pains of sin for mankind. The events that occurred during that week were Jesus cleansed the temple for the second time (Luke 19:45-46), and then disputed with the Pharisees regarding His authority. Next Jesus gave His Olivet Discourse on the end times where He pointed to signs of His second coming. Luke 22:7-38 records Jesus eating His last meal (Last supper) with His disciples in the upper room. Then Jesus went to the garden of Gethsemane to pray before His arrest by the Roman soldiers where His trials began before the chief priests, Pontius Pilate and King Herod. Following His trial, He was forced to carry His cross to His death. He was crucified that Friday, but the main event occurred early Sunday morning.

In closing, let’s re-ask the question of what does this week and the events that occurred mean to me? Are we passionate in our worship of Jesus and His gospel? Will we spend some time Good Friday and Resurrection Sunday worshiping Him? He is worthy!

Posted by The Author at 6:19 AM No comments: